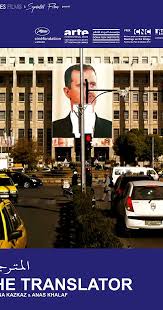 The classic crime ‘whodunit’ has had a resurgence of late, thanks to the likes of Rian Johnson’s Knives Out and Kenneth Branagh’s Murder on the Orient Express. But the genre has never been out of favour in France, where well-crafted mysteries in the Agatha Christie vein have proven popular for decades, and The Translators is an ingenious new entry to the canon. The eagerly awaited final book of a best-selling Dragon Tattooesque French trilogy is about to be globally released, and nine international language experts have been hired to translate it into their native tongues. With the stakes so high, the supercilious publisher (Lambert Wilson) has them on lock-down – confined together without any contact to the outside world – in a luxurious bunker, until the task is completed. So when the first ten pages of the top-secret manuscript inexplicably leak online with a ransom threat, it’s evident that the thief could only be amongst them. Their increasingly paranoid and desperate captor is ready to do whatever it takes to unmask him… or her… or them. Superbly acted by a terrific international cast, this suspenseful and wickedly entertaining tale – screening at the Festival simultaneously with its French theatrical release – will keep you riveted until the final scene. The clues are all there, if you can spot them.